We observed the kilometer-size asteroid (1566) Icarus on June 17-20, 2015 at the Arecibo Observatory. UCLA led the Arecibo observations. Observations at Goldstone were also conducted, but the Goldstone signal to noise ratio is 20-100 times lower than at Arecibo. Our findings are published in the Astronomical Journal.

Icarus is interesting for several reasons.

The following table indicates the intense media interest in the close approach of Icarus in 1968 (from Mahapatra et al, 1999). 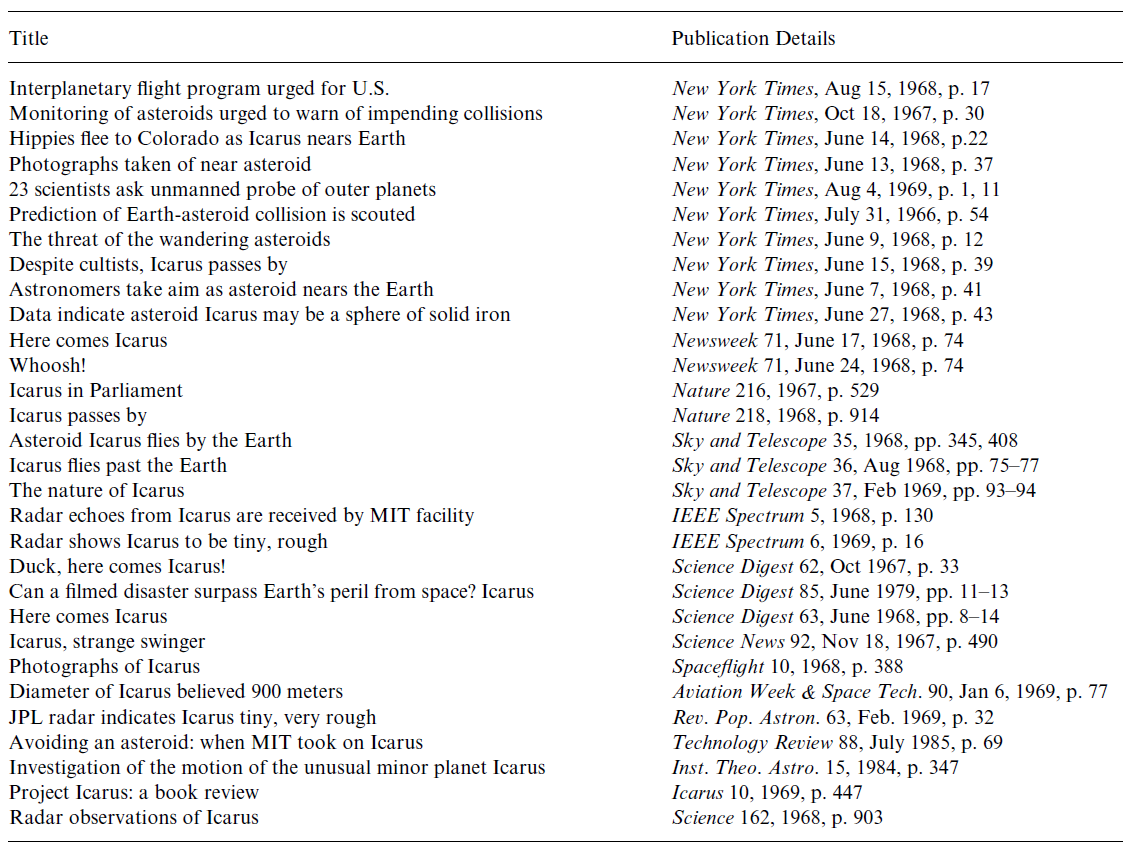 We are pursuing a variety of objectives related to the physical and dynamical characterization of (1566) Icarus.

We anticipate measuring Arecibo-Icarus distances with a fractional precision of 1 part in 100 million. We will use these measurements in our dynamical solution to detect GR effects. See our web page for details.

Estimates of rise-transit-set windows and signal-to-noise ratios (from our Arecibo observing proposal): 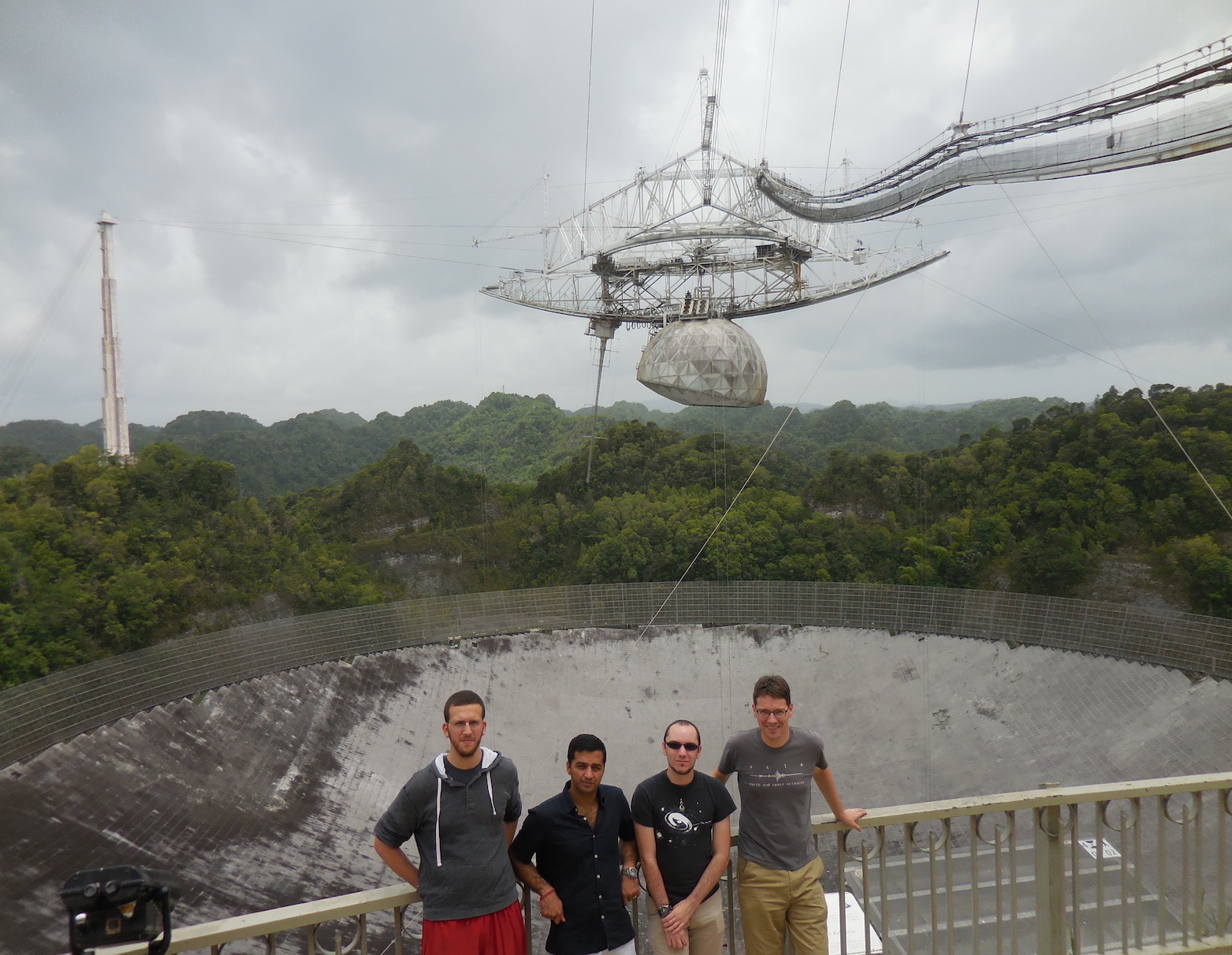 Here is a link to additional photos of our observing trip.

The Arecibo Observatory is operated by SRI International under a cooperative agreement with the National Science Foundation (AST-1100968), and in alliance with Ana G. Méndez-Universidad Metropolitana, and the Universities Space Research Association.

The Arecibo Planetary Radar Program is supported by the National Aeronautics and Space Administration under Grant No. NNX12AF24G issued through the Near Earth Object Observations program.